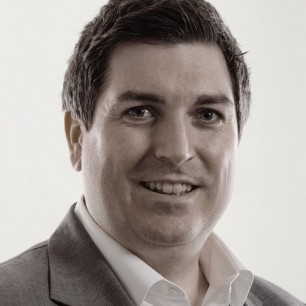 Damian Radcliffe has been working in Media & Technology since 1995. He is currently based in Qatar where he is researching and reporting on the societal impact of ICT and emerging Internet issues in the Middle East, as well as global developments.

This follows 17 years in the UK’s commercial, public, regulatory and non-profit communications sectors, in a range of mid-level and senior editorial, research and policy roles. Damian’s experience spans online, print, TV and radio and he has a keen interest in emerging digital technologies and new business models, especially at the local media level.

A digital pioneer, in 2001 he launched the BBC’s first TV app, before moving to BBC Online for two years. Starting 2003 until 2008 he worked for a UK NGO where he led a multi-award winning partnership with the BBC’s local media services. From 2008 to 2012 he undertook a variety of policy roles at the UK communications regulator Ofcom.

A graduate of Oxford University, Damian was elected a Fellow of the Royal Society of Arts in 2008 and Honorary Research Fellow at the Cardiff School of Journalism, Media and Cultural Studies in 2012, where he is also currently undertaking a PhD in Journalism Studies. In 2013 he was one of 50 participants in the Internet Society’s (ISOC) Next Generation Leaders program.

He writes regularly about current and emerging Internet and Technology issues for a variety of outlets including the BBC, journalism.co.uk as well as Middle East publications such as Digital Qatar and Qatar Today.