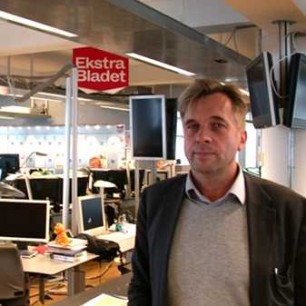 Geir Terje Ruud is an editor and journalist with a long experience of online and offline journalism. He worked as a reporter and sub editor for several smaller Norwegian newspapers, and served as Press Officer for the Norwegian peacekeeping UN-forces in Lebanon until he joined Norway’s largest newspaper, Verdens Gang (VG) in Oslo in 1988. At VG he worked as news reporter and foreign reporter, reporting mainly from the Middle East, but also from several African, European and Asian countries, USA and Central America. He also spent 3 years as correspondent for VG in Copenhagen, Denmark. He started working online in 1999, as a part of a small team that made CNN.no, a joint venture between Turner Broadcasting and VG. From 2001 to 2008 he was head of news at VG.no, the largest Norwegian web site, owned by Schibsted. From 2008 to the end of 2012 Ruud was editor-in-chief for Denmarks largest website, Ekstrabladet.dk, a part of the Politken/Jyllands-Posten group. He is now working as an adviser and consultant for media companies in several countries.

His full biography is available on LinkedIn.