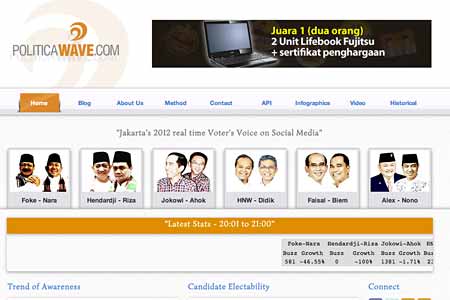 How changes at Facebook could mean fewer visits from fans

With a cool one billion users, Facebook undoubtedly rules the social networkSocial networkAn online destination that gives users a chance to connect with one or more…

You might assume that your Facebook news feed is a simple list of every update posted by your friends, but in fact Facebook picks and chooses which updates you see using an algorithm called EdgeRank. TechCrunch has a good explanation of how EdgeRank works:

You may not realize it, but News Feed only displays a subset of the stories generated by your friends — if it displayed everything, there’s a good chance you’d be overwhelmed. Developers are always trying to make sure their sites and apps are publishing stories that make the cut, which has led to the concept of “News Feed Optimization”, and their success is dictated by EdgeRank.

EdgeRank tries to calculate which items will be most likely to please users based on the relationship between poster and reader, the type of content posted, and its recency. The success of your post, measured by how many of your followers see it, will rely on how well it meets EdgeRank criteria.

But Facebook is known for occasionally changing its EdgeRank algorithm. In September, two high profile social media marketers — Jeff Doak at Team Detroit and Geoffrey Colon at Social@Ogilvy — claimed that tweaks to the algorithm had slashed post visibility by 40 to 50 percent. That means that any given post now has a much lower likelihood of being seen by your followers than it did before the changes. Other websites have done the math on their own Facebook posts and have confirmed that this is a significant problem.

Why would Facebook do such a thing? One answer may be that by cutting access to fans, Facebook can push more companies into buying Promoted and Sponsored Posts, a new service that was launched in May. Says Ars Technica:

In some cases, Facebook clickthroughs are down by as much as half, despite a huge growth in likes. Even worse, some brands noticed that this drop in traffic coincided with a new Facebook feature called “promoted posts” through which brands can pay cold hard cash to push their content out to more news feeds than they would normally reach—and the brands are not happy about it.

This juxtaposition of events makes it look like Facebook is artificially driving down traffic, then holding the old level of traffic hostage in order to generate some new revenue.

Facebook denies any major change to its EdgeRank algorithm and maintains that it continues to get the most relevant posts on any individual’s newsfeed. Ultimately though, as Business Insider says:

The underlying issue, however, is that advertisers know that Facebook’s Edgerank algorithm can be adjusted in their favor or against them, and that only Facebook can choose how that level is set. And there’s nothing they can do about it.

Out of your control

It’s not the first time that Facebook’s tinkering has had an adverse impact on traffic to media sites. In April 2012, The Guardian and the Washington Post both saw a dramatic collapse in the number of people using their social reader apps. The Wall Street Journal, Mashable and MSNBC.com also saw their numbers fall off a cliff.

Initially it was thought that users had tired of Facebook’s ‘frictionless sharing’, in which the social network automatically shared with their friends the articles that users read, or that perhaps people had only experimented with new social reading apps for a brief time before abandoning them. But The Guardian’s Tanya Cordrey, director of digital development, told Nieman Labs that the problem lay squarely with Facebook:

Since our app launched in September last year we have repeatedly seen upswings and downswings in use depending on the type of content being shared by users, and the way that this user activity has been displayed within Facebook. Major changes made in the last month or so by Facebook have indeed resulted in a fall in usage since early April. However, this is not a signal that users are “abandoning” social reader apps, rather that articles which were previously surfaced predominantly in a user’s newsfeed are now much less visible.

Any social media strategy that is overly focused on a single tool is unnecessarily risky, putting you at the mercy of a third party company over whom you have no control. In the case of EdgeRank, you could deal with the drop in traffic by just paying for promoted posts. But as an independent newsroom with a limited budget, it’s important to consider the likely return on any such investment, especially as it won’t guarantee the restoration of previous high levels of traffic. Even more importantly, though, such a move would not protect you from future changes by Facebook.

A more robust response is to mitigate the risk by diversifying your use of social media. Facebook isn’t the only game in town. Other social networks, such as Twitter, Pinterest, Vkontakte, or Google+ can also drive significant traffic to your site. Although it’s impossible to say whether or not any of them will charge for use in future, broadening your social media horizons will give you more choice if uncomfortable changes ever are made.

Begin by comparing your audience demographicsDemographicsCommon characteristics used for population or audience segmentation, such as…

Of course, it’s impossible to simply walk away from Facebook, especially if you’ve already built a valuable presence there. So how can you best cope with the changes to EdgeRank? In a long and comprehensive blog post, American digital editor Steve Buttry provides a useful checklist of things to keep in mind when creating your posts. It is essential reading for everyone running a Facebook account, and here we can only summarise his main points:

You will undoubtedly have to experiment to see what works best for your audience. It’s important to remember to change just one variable at a time and measure the effect of that change to see what works and what doesn’t.

The bottom line is that all social networks are subject to constant upheaval and it is important not to cling too tightly to one way of doing things. Just make sure that you always keep audience engagement in mind.