The future of newspapers without paper?

Five Finnish media companies (including the largest daily newspaper Helsingin Sanomat)  are working on a very interesting alternative to paper edition. In January 2014, a pilot project to distribute newspapers to a new, affordable ePaper reader, should be launched in Finland. The intention is to produce a low cost color E InkE InkElectronic Ink is a paperlike display used primarily in eBook readers. It is a…//read more  (electrophoretic ink) device for subscribers that can be charged by ambient light power and used primarily for the consumption of newspapers. The goal is to create an entirely new, environment-friendly method of media content delivery for publishers via WiFi connection. The plan is to price the device at €40 to subscribers for free with a newspaper subscription. 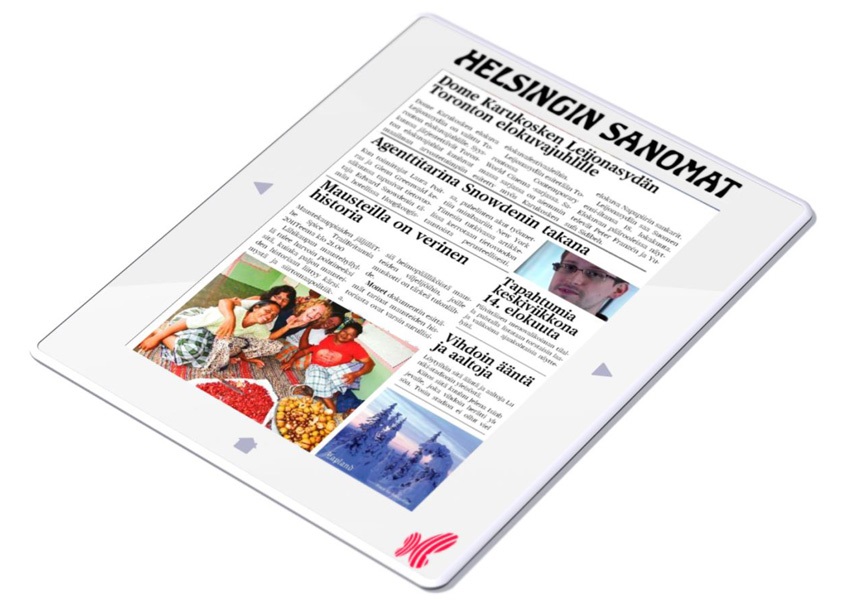 “We would like to find out whether the physical newspaper can be replaced by a reading device delivered with the subscription”, said Santtu Parkkonen, Producer, Helsingin Sanomat development. “The ePaper device also enables new types of subscription-based products. Ideally, readers could take contents of Sanoma’s multiple media brands and compose their own favorite magazines. A personalized newspaper has long been the stuff of dreams, but now it can become reality”, Parkkonen said in a press release.

Basics of web analytics by BBC AcademyAttention-based measurement instead of clicks and CPM?Data-driven journalism: The process to transform raw data into storiesUK daily newspapers have doubled in price since 2004 and shrunk in sizeJournalists are more negative about their work