There were thousands of local people monitoring the election, in addition to the 3700 foreign observers sent to ensure that the election was free and fair. Ordinary Ukrainians were also posting reports via social media networks, email and their mobile phones.

By learning how to monitor these updates, knowing key social media sources and being aware of new methods of monitoring elections that have become common not only in Ukraine but around the world, you can help use your journalists’ time most effectively.

While the micro-blogging platform Twitter is not used as widely as social networks like vKontatke in Ukraine, it was still a valuable means of communication for people monitoring the elections and also a valuable source of information for journalists.

There are two key ways to follow events on Twitter. Before an event, it is useful to create a list of Twitter accounts that are covering that event. Just like with a traditional source, this gives you a chance to develop a sense of the quality of information from each source and a sense of the point of view for that account. Is the Tweeter relatively neutral, or do they support the government or opposition parties? Is the account connected to official efforts to observe the election?

For instance, the OSCE Office for Democratic Institutions and Human Rights, which sent observers to the election, has a Twitter account. It mostly posts links to press releases and job openings, but it’s still worth adding official accounts to a list when you are following election updates.

To create a new list, clickClickA click can denote several different things. It can be a metric that… 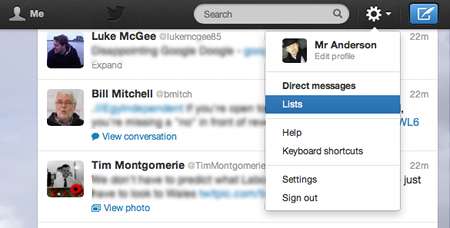 Clicking on the link will take you to the profile pagePageA document having a specific URL and comprised of a set of associated files. A… 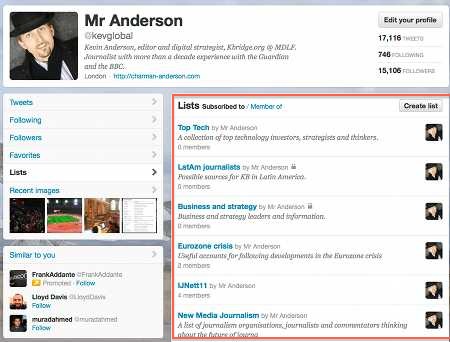 When you click on the button to create a list, you will be asked to give your list a name, and you can also give it a brief description. Adding a description will make it easier to find your list by search. You will also see that you have the option to make your list public or private. You might want to keep your list private if you feel that the list is sensitive in some way, such as it might tip off an official that you are following their updates. However, if the list isn’t sensitive, then consider keeping it public. Why? Just as you can follow individual accounts on Twitter, you can also follow lists. This is useful for newsrooms because you can create a list once and then allow all of your journalists to follow it. 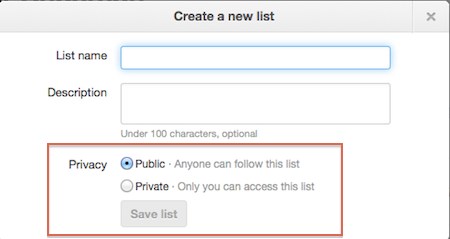 To add users to your list, you can do a search for the topic you’re interested in. For instance, if you search #ukrainevotes filter:verified, this will return accounts using one of the common hashtags, which we will discuss in a minute, and that have been verified. Twitter verifies accounts of celebrities, political leaders and other well-known figures. That doesn’t mean that the information being posted has been verified but only that Twitter has verified that the account belongs to the person or group listed in the short biography or description of the account. Verified accounts have a small blue check mark next to the account name.

The value of lists is that, unlike Twitter searches where you may or may not know much about the accounts shown in the search, you have been able to do some basic research on these accounts and made an editorial choice to add them to the list. This will also give you much more focused results than a general search.

Another useful way to follow an event on Twitter is via the hashtag. As often happens with elections and other major events, Ukrainian Twitter users adopted hashtags,  keywords preceded by the hash symbol #, to organise all of their updates about the elections. The two most common hashtags were #вибори2012 and #UkraineVotes, according to Kyiv Post. Journalists covering elections will want to identify the most common hashtags and monitor these for reports of voting issues. Clicking on a hashtag on Twitter will automatically launch a search that will allow you to quickly and easily see all of the updates with that tag.

There is no centralised way that Twitter hashtags are determined, although if you have created a list, most likely it will be clear from the accounts that you have chosen what the most common hashtag is related to your event. Individuals are free to create hashtags, simply by adding them to their tweets.

There are sites that track hashtags, such as Hashtags.org, and of course, you will often see popular hashtags in the Trends section in Twitter which is currently on the left hand side of the main page you see when you log into Twitter.com. Twitter has introduced its tailored trends service, which shows you trends not only based on your location but also based on who you follow. If you don’t want to use tailored trends, you can also select to focus by one of 35 countries where Twitter is used the most. In the case of the elections in Ukraine, it isn’t one of the 35 countries Twitter allows you monitor for trending topics so you’ll have to use other methods. Tailored trends should show you the most used hashtags where you are, and related to your event. If it doesn’t, do a general search, in this case Ukraine elections, to find the most commonly used hashtags. You can also filter your search by location by adding advanced search options to the keywords you’re looking for. For instance, by adding near:Kiev within:25km to your search, you will filter the results by only looking for updates that have been posted within 25 km of Kiev. The location is either determined by the location in a user’s profile or by the location they added using a smartphone.

Monitor other sites monitoring the event

Of course, Twitter is just one social media service, and it isn’t used widely everywhere. The Ukrainian elections also demonstrate other ways of efficiently and effectively monitoring social media.

With the rise of social media editors at many major news organisations, it is not difficult to find news coverage that highlights social media in North America, the UK and many areas in Western Europe. However, there are a number of sites that have long focused on covering major news events, and even highlighting stories that fly below the radar of many news organisations. One of the oldest of such sites is Global Voices.

With respect to the Ukrainian elections, Global Voices pointed out a blog post by a British writer who is a member of the Royal Institute of International Affairs, on a site called Odessablogger. He pointed out that people were auctioning off their votes to the highest bidder on the social network vKontakte.

Global Voices also highlighted no fewer than four crowd-sourced election-monitoring sites that were developed to monitor the elections.

Maidan.org.ua, described by Global Voices as an online citizen activism hub and which refers to itself as the “pulse of non-violent civic resistance of Ukraine” according to the Kyiv Post, used the crowdsourced reporting platform Ushahidi to collect reports from across the country. The group attempted to verify the reports it received before posting them online. Reports of irregularities included the stopgap closure of some polling stations in Odessa because of issues with the ballot marking pens. Maidan claimed that “magic markers” with disappearing ink were being used at the stations, the KyivPost reported. Maidan also created a project for “election commission members and ordinary voters to submit electronic photographs of the final voting protocols,” Tetyana Bohdanova said in her post on Global Voices.

Civic network OPORA used a hybrid approach with their election monitoring site. They collected reports from 3,800 professional observers and posted violations on their map. They also took reports from the public and posted them on the site after they had been verified.

The projects weren’t just taken on by civic organisations. Internews-Ukraine launched ElectUA, which the group said used “smart crowdsourcing”, which meant that like other groups, they verified reports before posting them online. “The project has grown from the previously successful Twitter-broadcasts of the 2009 and 2010 elections that contributed significantly to the promotion of crowdsourcing technology and Twitter in Ukraine,” said Bohdanova.

With such intense domestic and international attention on the election, Ukraine’s Ministry of the Interior also created its own crowdsourced election map to record reports of election violations using Ushahidi.

Many news organisations are embracing crowdsourcing techniques to help report major stories, but one thing to consider in contentious elections like the one in Ukraine is that such sites often become targets for online attacks. Global Voices reported that the three non-government election monitoring sites in Ukraine all suffered DDOS, distributed denial of service, attacks. The sites were flooded with requests from attackers so that they were unavailable at times to be able to accept election reports.

While news organisations would not want to run these reports without ensuring that they meet their own editorial standards, such projects can help editors focus the efforts of editorial staff and might uncover interesting leads to follow up. Monitoring social media and crowdsourcing projects like the election maps can help you use your editorial resources most efficiently to cover major events.