Visual journalism is ‘not just for the big boys’ 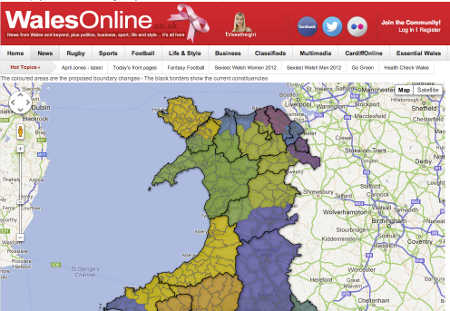 Data journalism was born out of the computer-assisted reporting, or CAR tradition, that started in the United States as far back as the late 1960s and really came of age in the late 1970s and the 1980s during the early years of the personal computer revolution. Journalists often point to The Guardian’s data journalism efforts and its pioneering data blog or the New York Times’ interactive team with their stunning and innovative visual projects, but in 2012, data journalism really went global:

The spread of data journalism is being driven by an ever increasing number of free or low-cost tools that allow journalists, even at very small organisations, to create data visualisations including maps, timelines and charts and graphs.

You don’t need a budget to do this, it’s not just for the big boys.

With no budget for expensive tools or dedicated developers, he said that it is important for small, local publishers to understand all of the free tools available to create engaging digital journalism projects. There are so many ways to display information and tell stories that the new challenge is to choose the best way to tell your story. Rowland had this bit of great advice:

Don’t try to show how clever you are, show how simple the story can be.

If it doesn’t make the story clearer or more engaging, then you might want to consider another technique. The key thing Rowland said is to think before you create and ask yourself, “What am I trying to say?”

Beyond that, he outlined his thought process:

He recommended tools for each of these five different ways to enhance stories:

He recommended the timeline tools Timetoast and Dipity. I can’t recommend Dipity anymore because the service has not been reliable. Timetoast is a great service, and many journalists are now using Timeline.js. He also recommended Google Fusion Table Maps, an easy way to map information including points on a map, roads or zones such as political districts.

He recommended Thinglink which allows you to add linked information to images and Storify, a service that allows you to collect social media updates around a story including Facebook and Twitter updates as well as Flickr and Instagram photos and YouTube videos.

With this he recommended any standard gallery tool. If you don’t have a gallery tool, it’s quite easy to create galleries using Flickr, a photo hosting service owned by Yahoo.

For visualisations, he suggested Tableau Public and IBM’s Many Eyes. You can also do simple visualisations, really basic charts and graphs using the online spreadsheet service included with Google Drive, formerly Google Docs.

In the coming months, we’ll be going in-depth in how to use services like these and also how editors can develop the planning process and workflow similar to the one that Rowland uses.

Here is Rowland’s full presentation, which has a lot of great tips, both in managing data driven, visual projects, and also practical advice with the online services he and his team uses.