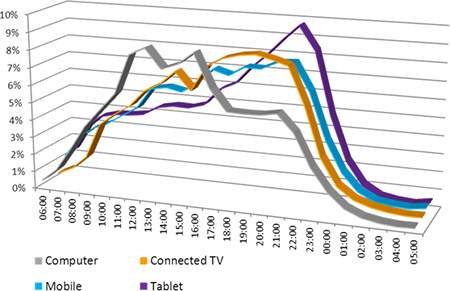 Rupert Murdoch’s tablet tabloid, The Daily, is on death watch and rumours are swirling that it has until the US elections to turn around its fortunes or News Corp will pull the plug. Media analyst Frédéric Filloux has some great observations on why The Daily has failed to catch fire. In his latest Monday Note, Filloux teases out the lessons from The Daily, which he sees as a flawed concept, and many of his observations are good advice for any news organisation launching a digital product.

Filloux found The Daily to be “everything and nothing special at the same time”. Rupert Murdoch’s success has been in creating products with a clear editorial voice. The Sun and the scandal-tainted and now-shuttered News of the World in the UK may have their critics, but nobody would call them “nothing special”. No matter the platform or the medium, it’s important to create a publication with a sense of itself, grounded in its own editorial values and the audience that it serves.

That’s as important, if not more so, than it was in print or other media. If you look at publications that have been successful in digital, such as The Economist, their digital presence is an extension and a translation of their existing editorial product.

In some ways, Filloux simply restates his previous point that The Daily doesn’t know what it is. The key lesson here is that digital is distinctive. The Daily feels like a newspaper chopped up and put in a iPad because it is a muddled re-imagining of a print product.  It just doesn’t feel right. The Financial Times has been successful on the iPad for a number of reasons, in part because it has such a successful digital strategy that its digital incarnation not only translates well on the web but almost seamlessly onto a tablet.

Have a clear business model

The Daily also has no clear business model. Most newspapers in the US have relied heavily on advertising, earning 70% of more of their revenue from ads, but The Daily has precious few ads.  With only 100,000 subscribers, it’s difficult to see how it could attract much advertising or pare down its $30m in annual losses through subscription revenue. “At 99 cents a week, it’s pocket change,” Filloux says.

In a future Digital Briefing, we’ll be talking about revenue models.  Whether it’s a digital, print, radio or TV product, you have to think about the revenue mix that will sustain it. The Daily obviously hasn’t. Pre-launch estimates said that The Daily needed 500,000 subscribers for it to break even, and it’s long way from hitting that target.

If you want an interesting re-imagining of a media brand for the tablet age, look at The Economist’s lean-back 2.0 thinking (outlined here in a presentation and here on a new blog), which stands in contrast to the lean-forward, engaged experience of the web. The Economist believes that people want a less immediate, less social media experience on a tablet than they do on the web. I think it’s early days and early adopters of tablets might not be representative of the audience we’ll see in a few years when tablets become mainstream in Western markets. However, the exercise The Economist has gone through to develop this lean-back 2.0 is important. It shows that The Economist is engaged with the transition. It begs the questions: