Multi-platform projects: Focused experiments to get the best out of all platforms 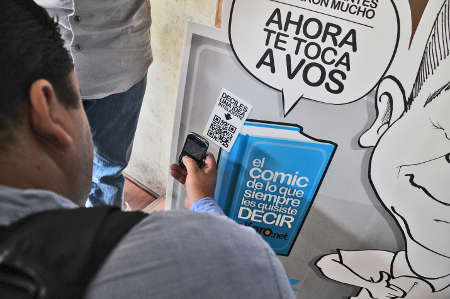 Before the digital transition, news organisations could focus on one platform, whether that was print, radio or television. Workflow, staffing and organisation were all focused and optimised for that one channel. In the early days of digital, news organisations had another platform, the internet, to focus on, but now with mobile phones, tablets and IPTVIPTV (Internet Protocol television)Generally refers to video programming offered by telecom companies over copper…

However, as we’ve seen with the El Faro project in this month’s Digital Briefing, multiple platforms can be a strength not just a challenge. El Faro showed that with some creative thinking about the project you want to create, the resources you already have and also about your own editorial identity, you can deliver a project across multiple platforms that delivers journalism with impact and builds on your brand as an independent news outlet.

El Faro had wanted to see how social media could support its brand of independent journalism. While news organisations have turned to social media to canvas public opinion or engage in citizen journalism projects, El Faro and their ad agency partner decided that Twitter was the perfect way to gather ideas from Salvadorans on how to make their country better. They could have stopped there and simply posted the ideas on their website, but they decided to add to the project by taking the tweets and having their political cartoonist, Otto Meza, illustrate the best 200 ideas. He transformed 140-character ideas into powerful, engaging images for a book. The campaign caught the imagination of Salvadorans, and citizens in the country and in 100 countries around the world offered up more than 3,700 ideas. By creating a book, they could deliver a people’s manifesto to the country’s political leaders.

With six months of planning and multiple partners, this type of project is not something you’ll be able to do frequently, but it holds a lot of lessons about how you work on a day-to-day basis. In fact, projects like this will be invaluable as you develop digitally, and they will provide cross-platform experience to editors, journalists and commercial staff, as well as building important social connections between digital and traditional employees.

Projects like this also give you the opportunity to engage in focused experiments and learn valuable lessons about how best to leverage the strength of new and traditional media channels. Most news organisations start thinking about digital in terms of how they can reproduce and distribute their existing content to digital audiences, but by working on multi-platform projects, you can begin to think about how platforms support and complement each other and deliver the best experience for audiences regardless of the platform.

Think of multiple platforms from the start

In the early phase of making the digital transition, most news organisations either add digital elements at the end of the editorial planning process or platform editors plan separately. This has to change, and it takes time for a news organisation to develop multi-platform planning expertise. However, projects are a great way to start developing cross-platform planning.

Fairfax Media of Australia, owner of such major titles as the Sydney Morning Herald and The Age in Melbourne, is seeking to remake itself as a multi-platform journalism business. To support the move, they involved managers, editors and staff in an editorial review process (PDF). This was much more of a transition to a digitally-led, multi-platform than genuine multi-platform project planning, but it holds lessons for how to do project planning as well. They captured problems that the more than 100 staff identified. They saw silos across platforms, and one participant said:

Whole story planning needs to be done at the start.

El Faro created its own campaign, but many news organisations create projects around news events that they can plan for, such as elections, festivals or sporting events. Multi-platform project planning for upcoming events again has the added benefit of improving your long-term planning, an area which most news organisations could improve.

Set goals and key development objectives for each project

Before the project begins, think of what you want to achieve, not just editorially but also organisationally. Often, when I was working at the BBC and The Guardian, we would look at different projects as a way for us to explore a certain editorial technique. In both 2000 and 2004, the projects I was involved with around the US elections gave us a chance to explore interactivity and audience involvement, first through video in 2000 and then with blogs in 2004.

For El Faro, they wanted to see how social media and participation could complement their brand of independent, investigative journalism.

When you start a multi-platform project think about goals on several organisational levels:

Setting goals is important, but just as important with cross-platform projects is what you learn afterwards. After the project, compare your goals with your performance. Some projects might not be as successful as you would have hoped but be brave enough to ask yourself why. Make sure to plan for and conduct a post-project debrief with editorial and commercial teams so that you can evaluate the project against your goals and key-performance indicators.

One important thing to remember is that if a project falls short of your goals, the debrief shouldn’t be about apportioning blame but about making sure that the organisation learns. This is about testing editorial ideas, and despite all the best planning in the world, sometimes tests are just as valuable in telling you what doesn’t work editorially, organisationally and commercially.

For this reason, try to keep the costs low. When I was at The Guardian, I often used free web services for experiments because I could test editorial ideas with relatively low commercial risk. If the editorial idea worked, then we could consider investing development and editorial resources into it.

El Faro created a campaign that supports its image as an independent news organisation and it did so by reaching beyond its native platform. Similarly in Poland, Gazeta Wyborcza created a campaign asking its readers online and in print looking at the “Seven Sins of my City”. Much like El Faro’s campaign but focused on local government, the campaign brought together online comments but also traditional letters to the editor. The newspaper received some 70,000 letters over the course of the campaign, and just as with El Faro’s project, the campaign gained such momentum that other media started to cover it.

Often digital media is seen as the only media that is interactive, but people were interacting long before the days of Facebook and Twitter. Using both print, broadcast and digital media, including social media and even SMS, allows for greater participation from all of your audience regardless of the platform.

Rethink how you use your existing resources

Gazeta Wyborcza hasn’t been simply passive in taking in comments via letters to the editor. In one campaign that asked Poles to assess their healthcare system, they also printed a feedback form in the paper. The same form can easily be added using Google Docs forms to your website. In this way, interactivity becomes part of your cross-platform strategy, not simply something you do on your website.

That’s not the only way you can link together multiple platforms. A strong visual sensibility and effective branding can also tie together projects across platforms. For instance, involving political cartoonist Otto Meze, not only gave El Faro an opportunity to extend the digital campaign into print, it also gave the campaign a strong visual sensibility across platforms. His caricatures appeared on the site, in videos, on billboards and street signs. That was important not just in terms of the content but also in terms of marketing the project.

Magazines with a history of photography are finding that their strong sense of design and imagery, like Slovakia’s weekly news magazine Týždeň, work well in digital as well as in print. Many magazines are finding that look and feel are just as important in their tablet editions as in print.

El Faro’s strong sense of its own brand of independent journalism translated into a powerful visual and editorial project across channels. Again, project thinking allows you to take a step back from the day-to-day demands of journalism and more clearly define and communicate your brand.

Have a strategy for capitalising on success

El Faro saw increased traffic and the campaign bolstered its profile. This is a perfect opportunity for your sales teams to take advantage of that exposure and seek out new advertisers, sponsors and commercial partners. If a multi-platform campaign takes off, be prepared to sell advertisers on your ability to reachReach1) unique users that visited the site over the course of the reporting period,…