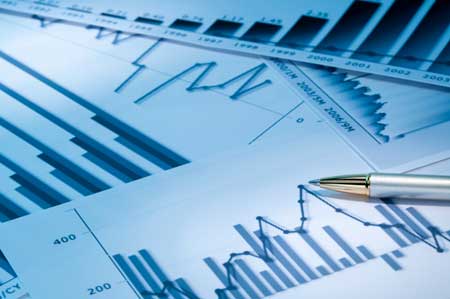 News organisations could learn a few things from Barack Obama. The Obama campaign built a huge data-driven analytical system to bring together vast amounts of data. “We are going to measure every single thing in this campaign,” Obama campaign manager Jim Messina told Time. This allowed the campaign to precisely target potential supporters, register them to vote and make sure they voted on election day. These innovations were one of the reasons that Obama was able to win the close election.

Some forward-looking news organisations are already using similar data-driven techniques to improve the performance of their content, their mobile apps and their business. Being able to effectively measure not only the size of their audience but also how the audience responds to and engages with their content is helping news outlets to clearly know whether they are meeting their editorial and business goals.

In the battle for audiences’ time and attention – and advertisers’ money – news organisations’ ability to compete with digital competitors will be determined by how effectively they are able to use audience data.

For digital news organisations such as PolicyMic, keeping close track of their web analyticsWeb AnalyticsWeb analytics is the process of measuring, collecting, analyzing and reporting…

All nine employees of the digital news startup not only have access to the site analytics, but in addition, “every editor wakes up to an automated e-mail with a complete rundown of our analytics from the day before. We make sure the daily analytics are simple, accessible, and actionable,” said PolicyMic co-founder Chris Altchek. Media Development Loan Fund has invested in PolicyMic through its Digital News Ventures fund.

Altchek sees a clear benefit from their focus on data. “Analytics helps us drive growth month over month. We’ve grown from 100,000 unique visitorsUnique VisitorsUnique individual or browser which has accessed a site or application and has…

These kind of results are one of the reasons that news organisations are increasingly using audience data to improve their editorial and financial performance.

Analytics software and services can allow you to measure a myriad of performance indicators about the performance of your content including raw audience numbers, location of your audience, basic demographic about your audience and referrals. Referrals are how your audience is finding your content, through search, social media or by directly visiting your site. Your first step will be to decide what to measure.

Barack Obama’s campaign wanted to measure everything, but for media and news organisations, while it’s possible to measure everything, it’s not practical. “You have to do prioritisation, you can’t track 30 to 40 metrics,” says Karl Schneider, the editorial development director at business-to-business publisher Reed Business Information.

To prioritise which of the myriad of metrics you want to focus on, you’ll need to determine your goals and which measurement techniques are best suited for each goal.

In the past, they used standard industry metrics: page viewsPage ViewsWhen the page is actually seen by the user. Some platforms, like Facebook cache…

He compared the traditional thinking about metrics to a company designing a vehicle. To understand if they had a good design, they might choose a few criteria. An engineer might choose top speed, but first you need to figure out what kind of car you’re designing. If the car is a sports car, top speed might be a good criterion, but if we’re trying to build a delivery van, top speed wouldn’t be an appropriate metric for success. The first question that the company would need to answer would be what the vehicle would be used for. What is its job?

Similarly, before even thinking about metrics, RBI started to think of the role of the content. What were they trying to achieve with the content, both for audiences and also for RBI as a business? Once they had answered the question of what job the content was doing, what their goal was, “often, the appropriate metric would fall out straightaway, would be obvious,” Schneider said.

It got him thinking about why editorial organisations don’t ask what the role or job of the content is, and he said:

“But we took that thinking online without really thinking that especially, more recently, the way that we monetise the content is much more sophisticated,” he added. Now, in digital, monetising the content might include getting the reader to sign up for recruitment advertising or getting a reader to register for a paid event. They might also capture details about the reader that they can sell on for lead generationLead GenerationFees advertisers pay to Internet advertising companies that refer qualified…

Getting (people) to turn up isn’t good enough in those business models. If someone turns up and reads an article, watches a video, if that is all they do, we typically don’t make money. Obviously, we still have advertising, but even there, it’s more sophisticated. We are starting to want to target advertising. If they turn up and tell us something about themselves so we can target advertising, that is a more valuable thing for them to do than if they turn up and just disappear again.

For example, for an events business, the obvious thing that content can do is to attract people who might sign up for that event to a page where they can buy tickets. Many of the revenue streams at RBI work on this model of using content to increase conversion to either a paid event or paid content. Measuring how effectively content drives these conversions is one key metric.

They also look at how content can build a brand relationship with the audience. “In most of our markets, the main experience our audience has of the brand is the content,” he said.

Brand relationship is harder to measure than conversion. They are currently developing key performance indicators (KPIs), and “you try to look for indicators that are highly correlated with the change of perception that you are looking for,” Schneider said. If someone values content enough to share it with their friends and professional contacts, RBI is finding that this is a better measure of brand relationship than simple pageviews.

As a business, they have started to change how they perceive success. For instance, when comparing the performance of content, they might have two pieces of content. The first one had twice as many pageviews, but the second one delivered twice as many conversions for people who signed up for a paid-for event.

RBI and other news organisations are using this audience data to help them set priorities, improve their site and app design, and even help them improve the performance of their content. Using audience data involves a process of continual optimisation, using the metrics to review and revise your approach.

Before joining RBI, Schneider was a research physicist, and he brings a decidedly scientific approach to how he is using audience data. He views the KPIs they have chosen as part of a hypothesis to be tested.

After six months, they will review the KPIs. If all of the KPIs are up and the revenue is up, they will know that they have chosen the right metrics, but if not, they will have to review what they are measuring.

At PolicyMic, they using their analytics to constantly review and improve their editorial performance. Altchek said:

After every big event, we create a report and blueprint based on analytics, so when a similar event happens again, we have a solid editorial plan that improves based on past performance. We therefore assign stories, change headlines, and re-write introductory paragraphs to fit trends we’ve discovered studying past analytics.

At the Daily Telegraph in the UK, data is helping to refine their mobile products. In a piece for the International News Marketing Association, The Telegraph mobile director, Mark Challinor, said:

Instead of trial and error, we guide our app development and mobile offering with key metrics, as agencies and advertisers are demanding a more targeted mobile audience, and readers have come to expect mobile news access in differing ways.

They used data from a six-month free trial period of their iPad app to improve the app and also to test advertising formats. Monitoring how users navigated the app helped them deliver an improved experience when they launched the paid and bundled app after the free trial. Like many other news organisations, they noticed a spike in evening usage of the app. “With that in mind, we introduced a night-reading mode, turning the iPad into a true lean-back device users read in bed,” Challinor said.

They also found that there were more users over 50 than in any other age group, which led them to focus web and smartphone content and campaigns on younger readers than the on the iPad.

The Telegraph also shared its analytics insights with advertisers. “The data obtained from analytics let advertisers create more effective ads and help brands make real and engaging connections with our readers,” he said.

To help teams manage the data, RBI has also created dashboards to help them easily monitor the key metrics that they have determined they want to track. They have created one top level dashboard using their metrics software, Site Catalyst from Adobe. The top level dashboard provides the key raw metrics about whatever KPIKPI (Key Performance Indicators)Key Performance Indicators, also known as KPI or Key Success Indicators (KSI),…

A second dashboard looks at the content on a much more granular level. It looks at both categories of content and even individual pieces of content that performed well or poorly in terms of the KPIs. “That is the most important dashboard in terms of driving up performance,” Schneider said. Content teams can use this dashboard to find characteristics in common for high-performing content.

This allows them to test content and make informed decisions about what content to focus their time and resources on and what content they choose not to do.

Site Catalyst is used by many large media organisations, but Schneider said that they aren’t using all of the capabilities of the service yet. News organisations could do much of what RBI is doing in its pilot using simpler statistics packages, such as Google Analytics, he said.

How have editorial teams responded?

This revolution in audience data is providing new clarity to editorial organisations in their digital decision making. However, even for advocates such as Schneider, he worried how editorial teams might respond.

The analytics are leading them to experiment with content types that they haven’t done much of in the past such as data visualisations. One of RBI’s revenue streams is that it has a robust data business, and these visualisations are being used to attract new subscribers to these data products.*

Although the rationality of data might seem cool, or even cold, in contrast to the passion that most journalists feel for their work, we all want to succeed, and news organisations and other publishers are finding that audience insights are helping their content to reachReach1) unique users that visited the site over the course of the reporting period,…

* Disclosure: Before joining MDLF, I worked with RBI to train their staff in data journalism techniques including how to create charts and graphs and other visualisations.